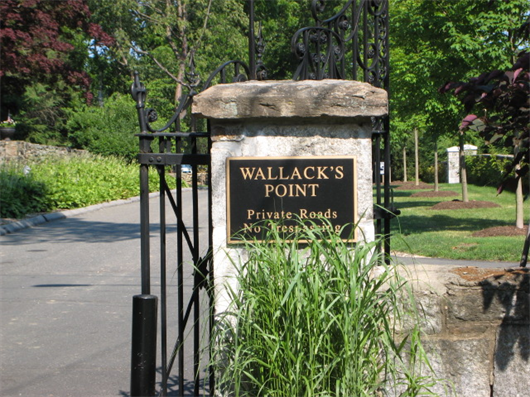 The moment you drive through the stone pillars, wrought iron gates and guard house, you know that you must have entered the hidden oasis of Wallacks Point, Stamford’s private waterfront enclave.
What is it about Wallacks Point that makes living here such a delight? There is not only one thing, but a combination of elements, not the least of which are: the ever-changing waters of the sound and the unusual variety of birds and animals that the hospitable natural habitat attracts in such abundance – swans, herons, egrets, Canadian geese, mallards and more..

But there is something more, something magical about the Wallacks Point. It is the rare individual indeed who comes to visit without noticing an indefinable though unmistakable quality about the place. Enchantment might be the word that best describes what they feel because the place is like an oasis. It is an enclave of serenity, a heaven separate and apart from the everyday world of strain and strife.   Yet so near is it to the hub of the international commerce that if one was to climb one of the Wallacks Point’s many of its stately trees, the Empire State Building could easily be seen in the distance less than 35 miles away.